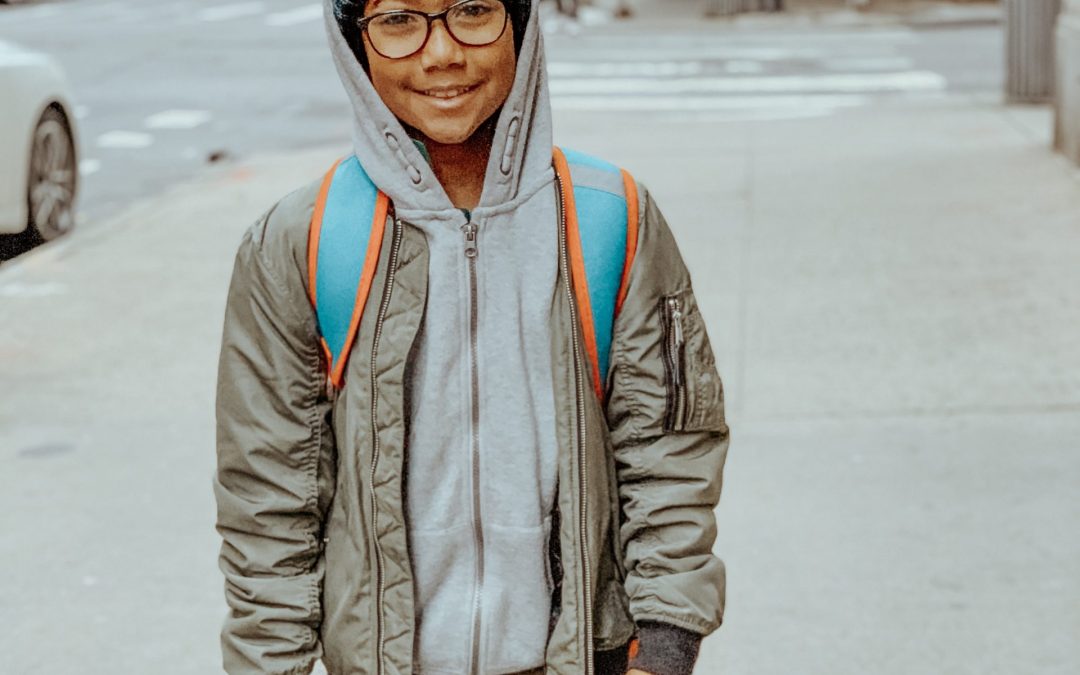 As a mom of a little boy, it’s always been super important for me to instill great values in him from a very young age. I’ve never personally been a believer in the statement “boys will be boys”, because when I think about it – what does it really mean? For years that term has been used to describe the behavior of boys who act out in a way that is deemed acceptable because they are boys.

Raising children for me has always been about wanting to do what’s best for my kids and leaving great children on earth. My son has always been an introverted kid, he gets his energy from being alone and recharging. If given the option he would prefer to draw, read a book, or hang out at home, this comes as no surprise because I am the same way. However, at school, he’s often seen as the shy kid (often the case when you’re an introvert).

When I first thought about my son’s future in managing life’s obstacles back in 2010, my stance on raising confident boys began to develop. Our society wants us to raise macho men which I feel has a place for some, but it’s also disruptive and not the only type of personality our boys should have. Here are my 6 tips for raising confident boys as it has been for my son and his well being and how you can do the same.

It’s dismissive to not actually listen to what your children have to say. I was raised in a way that the adults talk and kids listen because “respect”. And while I do have the expectation of my children to listen to and respect their parents I also listen to my children. My son needs to feel that he has a voice in this world and that someone will listen and that first lesson starts at home. When he speaks I will listen, when I ask him questions related to his day, his feelings, or experiences I ask to listen and understand.

Surround him with men that look like him, who are leaders in their own right.

Representation matters! For little black boys in America, it is impactful to see leaders with brown skin around them and not just in sports. Surround your boys with men who are teachers, CEO’s, entrepreneurs, writers etc. as a way to point out that there are more than what others may project on them.

Let him have a voice

Similar to asking questions and listening, raising confident boys means being open to giving them a voice. Don’t dismiss his feelings when he comes to you with a problem or issue. Even letting your kid have the option to choose their own clothes is a way to give him a voice.

Let your child have some freedoms that encourage him and inspire him to speak up more often for himself. This equips him to be better prepared for the real world with the lesson that his voice matters in any space he is in. Your son will be more confident when you encourage him to be independent and foster his ability to use his voice.

Assure him that crying isn’t a sign of weakness

We all know that our society places a strong cast on boys who cry. I’ve seen parents tell their boys to man up and even worse proclaim that “crying is for girls”. Both of which couldn’t be more dismissive of someone’s emotions. Let your son know it’s okay for men to cry, and that crying isn’t a sign of weakness in any way.

The world wants us to teach our boys to be brave and strong without recognizing that there are other important emotions to recognize as well. It’s dangerous to continue on this vicious cycle of instilling into our boys that crying isn’t okay or that crying is a sign of decreased masculinity. It teaches boys and young men that to be a real man they need to stifle their emotions and that they can’t express what they’re feeling.

Crying is a natural response to a variety of emotions for children, and as parents, we’re quick to combat the tears with “stop crying”. While it’s okay to be annoyed with constant tears, follow up your response of “stop crying” with questions on how he got to the point of tears and how to work through it. Instead of berating him for crying, assure him that it’s okay and that you will listen to what he has to say and his feelings.

When you do this you are helping your child build a healthy mental well being and emotional vocabulary.

Equip him with an emotion vocabulary

Help your confident boy build his emotional literacy by being open and honest with him about his feelings. Help him to understand the feelings of anger, sadness, fear, happiness, laughter, disgust, frustration and any other feelings he may have. Showing him that you are there to listen, understand and discuss his feelings will provide him with a healthy language to be able to talk openly about what’s going on.

Encourage him to contribute to the family in some way

In the same way that it’s important to let him have a voice and you’re listening encourage him to also be a contributor. When it comes to raising confident boys you want to also foster their independence as individual contributors to the family. As a family we all have roles and the kids feel responsible for their jobs and excited that they are contributing.

So whether that is being in charge of sweeping up after dinner or helping with the trash he knows that he’s responsible and that we are relying on him to do whatever it is. I’m not advocating for child labor but encouraging him to contribute will give him a sense of worth and value to the family which ultimately boosts confidence.

Wife, mom of 2, wellprenuer and student of holistic health and nutrition from New York City. As a wellness advocate, food, feelings & movement enthusiast my work centers around making holistic wellness & nutrition relatable. This platform is where I share openly about my experiences as a black millennial woman healing past traumas and breaking generational curses within my own family.

Let's get social and stay connected...